The line at Melbourne got long, it ended up taking us about 40 minutes to get through it and check my baggage in. We had to wait for Tanvi and Andreana who arrived a bit later than the rest of the group. Mum wanted to get a group photo of us before we went through “the doors” (you know the ones, everyone takes photos there), Russell had already gone in to try and save us some seats though so he missed out. The waiting lounge was where the nerves really started to set in. I think the buzz caused what happened next. 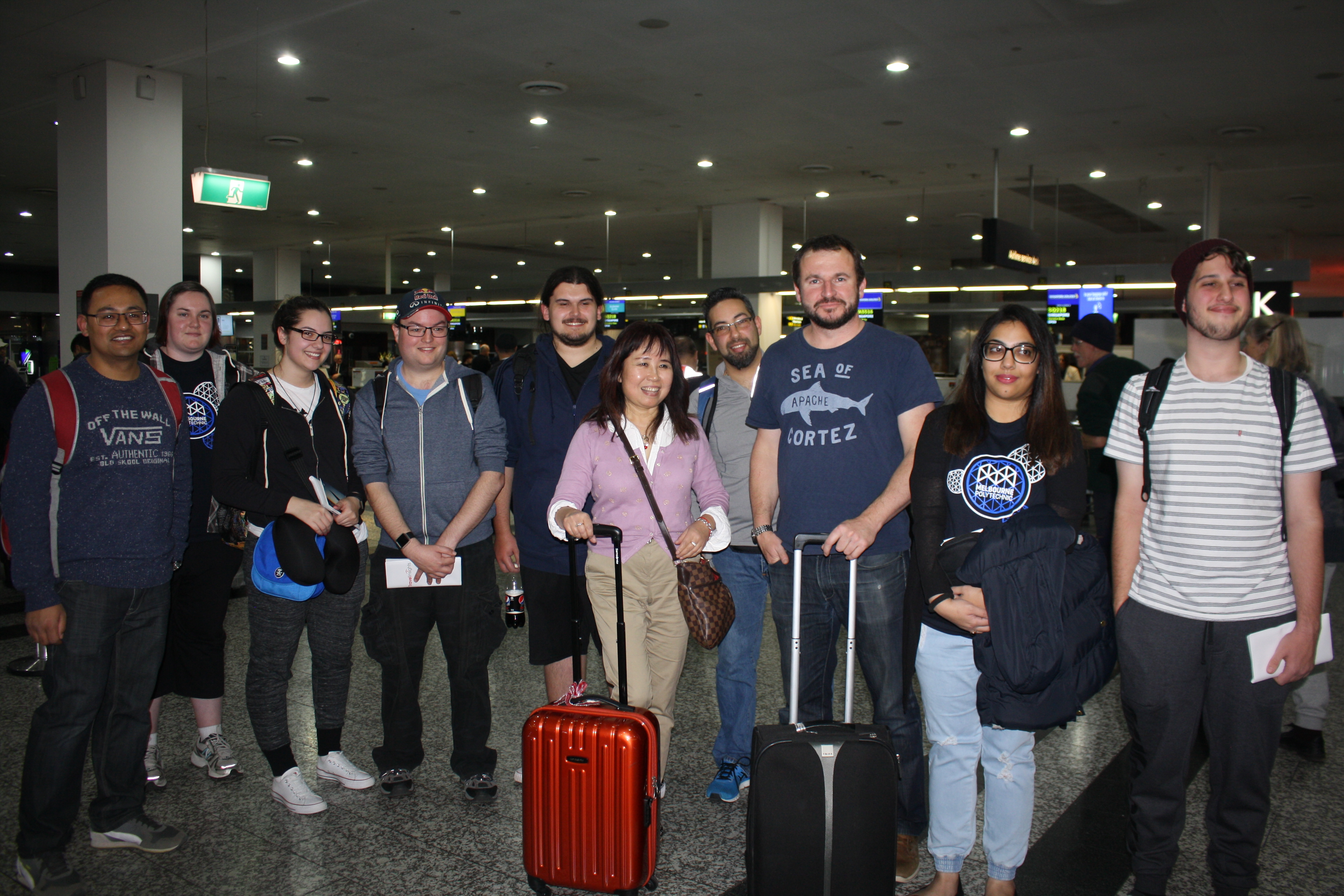 The flight was long, and I didn’t sleep AT ALL, likely caused by the buzz I was still feeling about what we were doing and where we were headed. I remember looking over at Luke and back at Andreana at one stage and wondering how any of them were getting any sleep at all (despite Andreana mentioning she didn’t get that much in the end). Not to mention Tanvi and Matt either side of me. Matt had tablets to help him sleep at least, so he’s got a good reason for it. Changed seats with Bing at the last minute, and I kind of regret that as I gave up an isle seat.

Lay over in Hong Kong was long, flight to Xi’an was delayed by three hours on top of the six we were already spending there… I should have found Uno in my bag sooner than I did. Hong Kong is an absolutely massive airport though, I could spend an entire day walking around it and probably not see everything. I was going to catch the automated train just to experience it (we didn’t need to where we were going) but it was undergoing maintenance and wasn’t operating. Might get a chance on the way back. Found a Disneyland store in the airport as well, so hopefully I’ll be calling in there to pick something up on the way back. Michael and Andreana both bought stuff. Steph was eyeing off the lightsaber umbrella but it was a small (probably kids sized) one. It was one that lit up though, mine doesn’t do that… 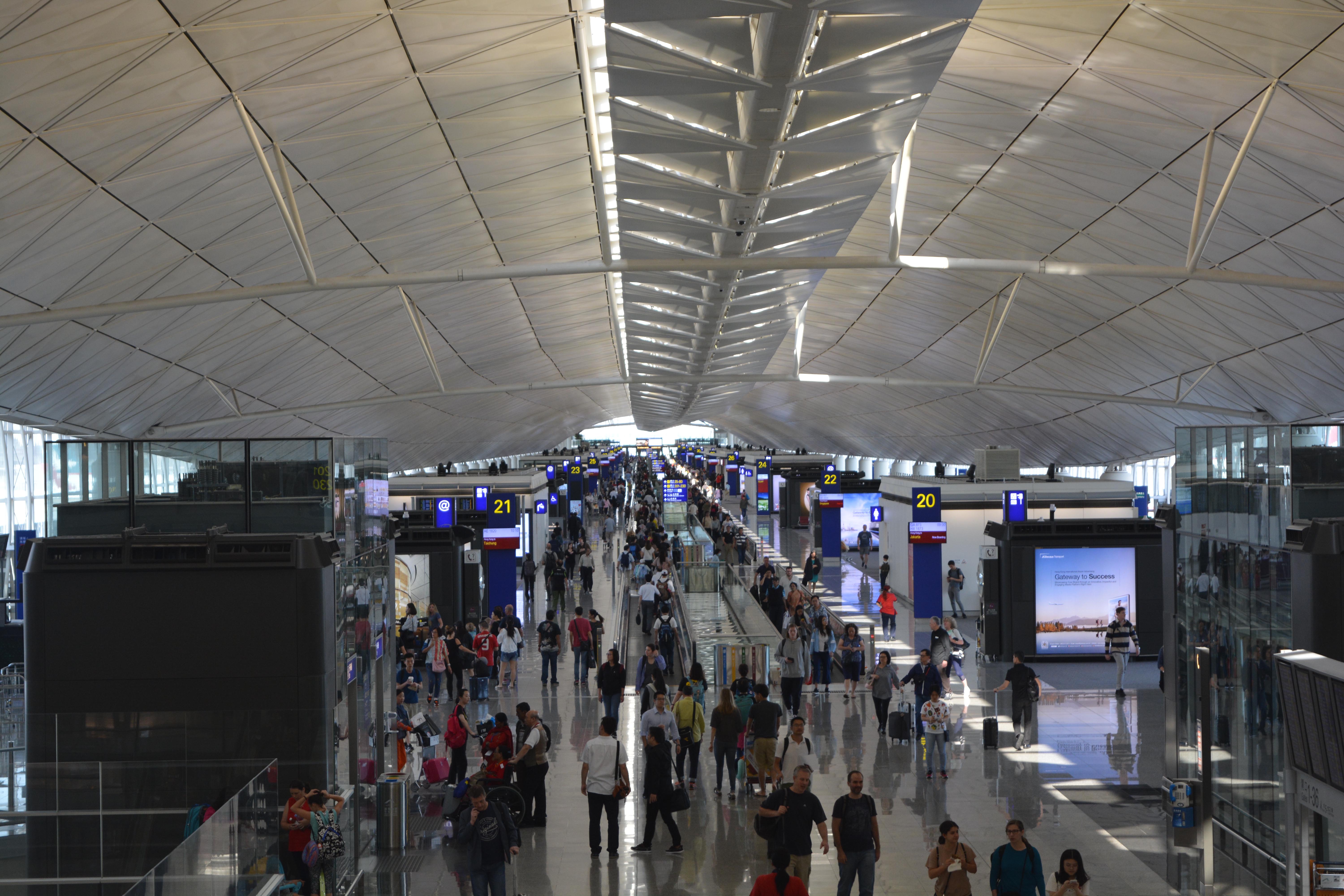 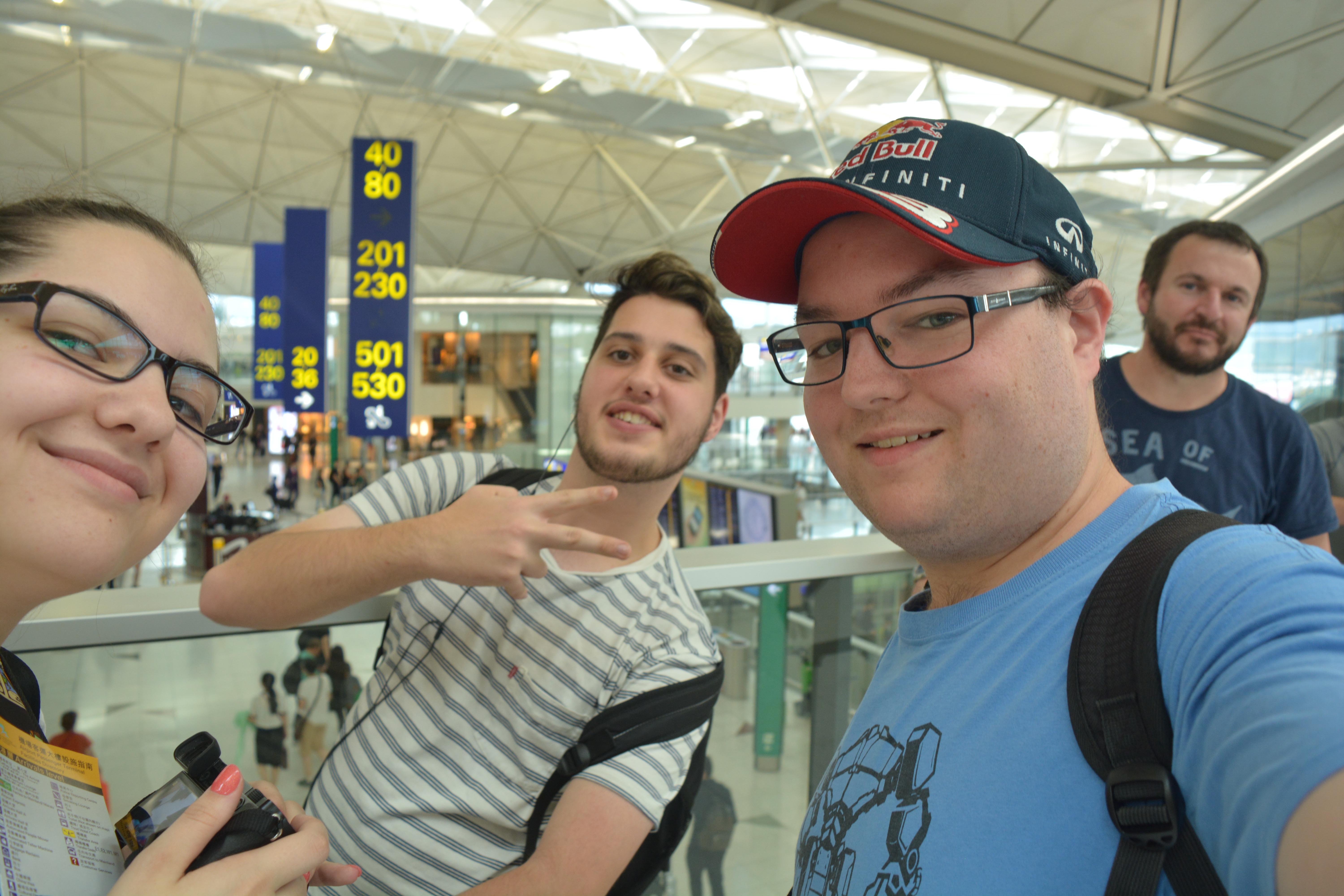 Took a walk around the area of the terminal our flight was leaving from during the delay though, bought some snacks, read some more, talked a bit, watched an absolutely torrential downpour. At 3pm we were finally on our way.

The flight to Xi’an was good, a couple of bits of turbulence but manageable, got through a fair chunk of The Expanse: Cibola Burn on that flight. Ended up moving seats twice. Suban and I had the entire row to ourselves so we moved to the windows for take off to get some shots of Hong Kong. Another guy moved into my isle seat though so when I got up to fill in my China arrival card I moved to Matt’s row (who was also on his own) and stayed there for the rest of the flight.

We arrived in Xi’an to another massive terminal building. Once getting through customs we were greeted by our tour guide. Her chosen English name is Echo. 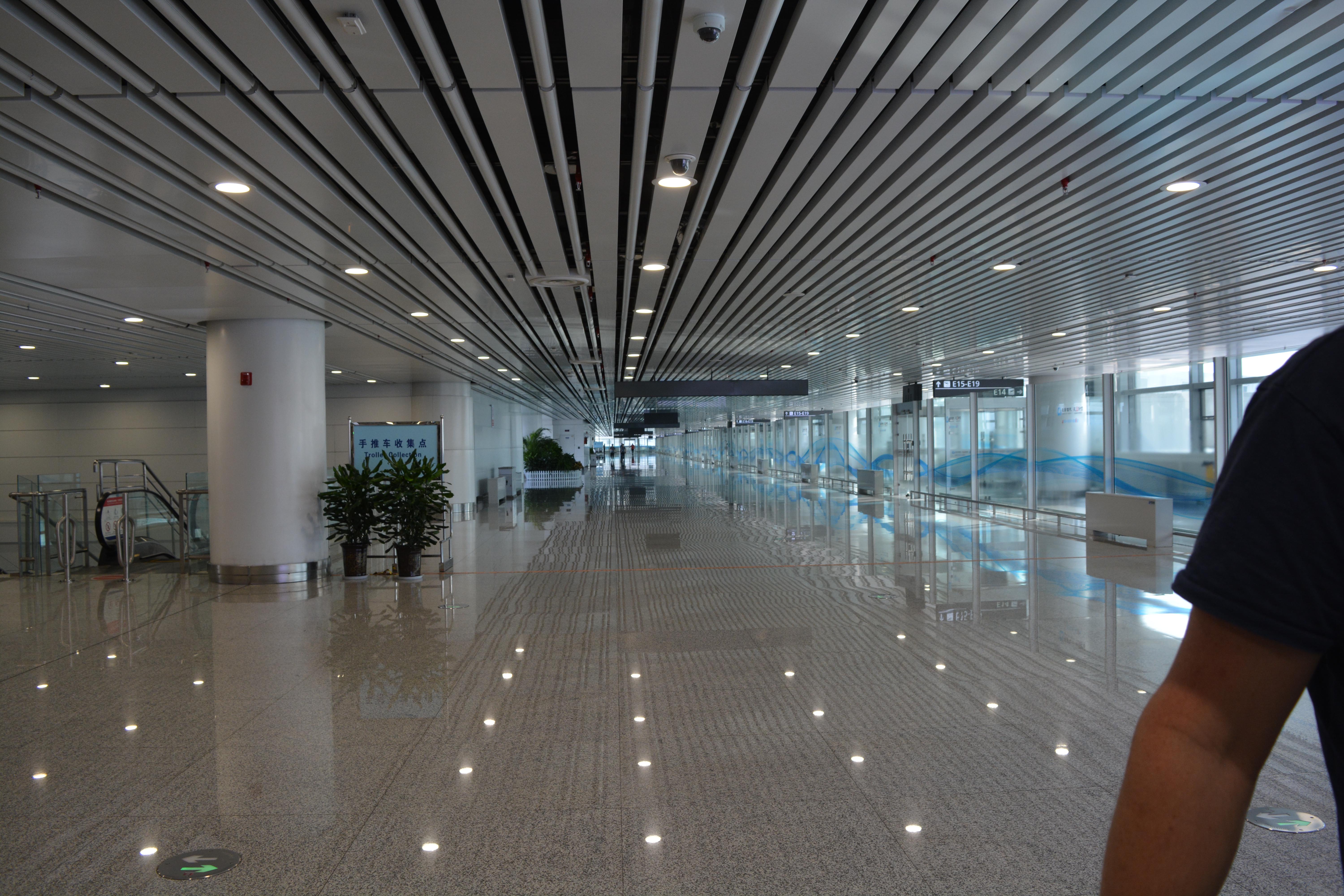 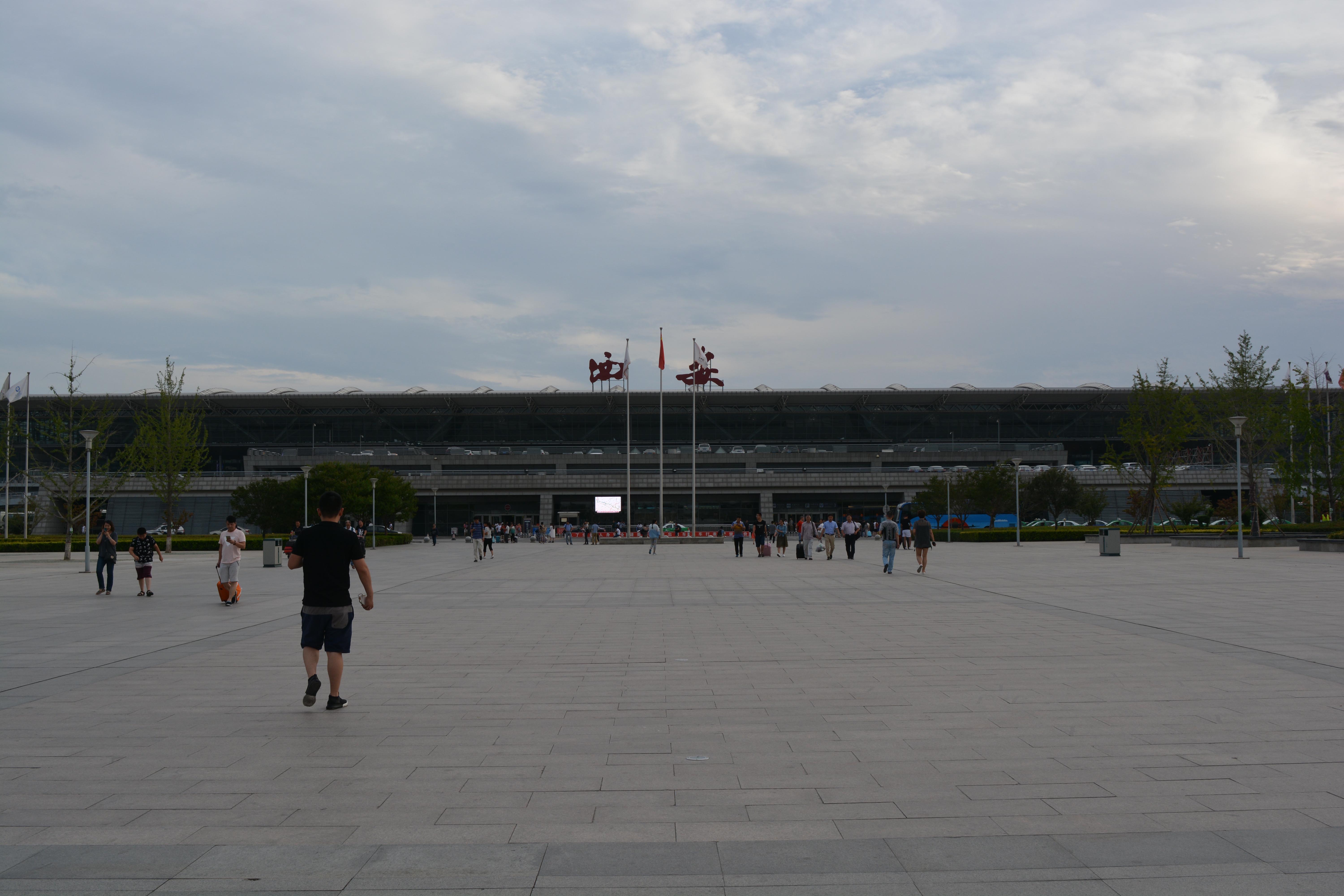